Kolinske and Stockman Headed for King of the Court

KOLINSKE AND STOCKMAN HEADED FOR KING OF THE COURT 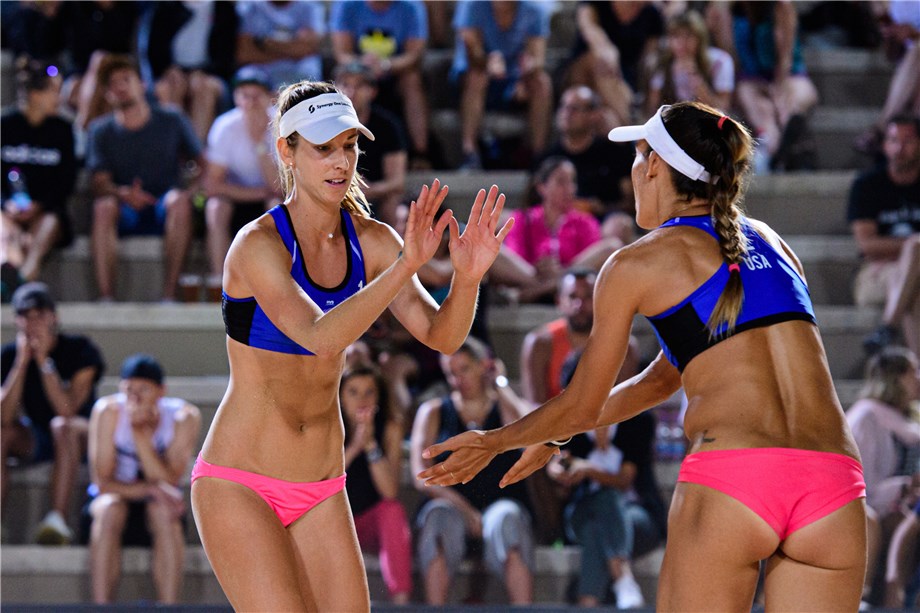 Lausanne, Switzerland, August 21, 2020 - It really wasn’t much of a discussion for Kelley Kolinske and Emily Stockman. When King of the Court announced it would be having an event in September, held in Utrecht, and Kolinske asked Stockman if she would want to go, it was a one-word answer: absolutely.

Didn’t matter if Stockman was living her best life in the mountains, exploring Idaho, hiking through Jackson Hole, Wyoming, biking around Colorado. She was in.

“There wasn’t any hesitation for us,” Stockman said. “We really enjoyed playing in it in 2018.”

It is no wonder why. In the inaugural King of the Court, held in Waikiki, Hawai’i, in 2018, Stockman and Kolinske – then Kelley Larsen – won. They topped an elite field of Emily Day and Betsi Flint, Melissa Humana-Paredes and Sarah Pavan, Agatha Bednarczuk and Eduarda 'Duda' Lisboa, Heather Bansley and Brandie Wilkerson, Mariafe Artacho del Solar and Taliqua Clancy, and April Ross and Alix Klineman, among others. 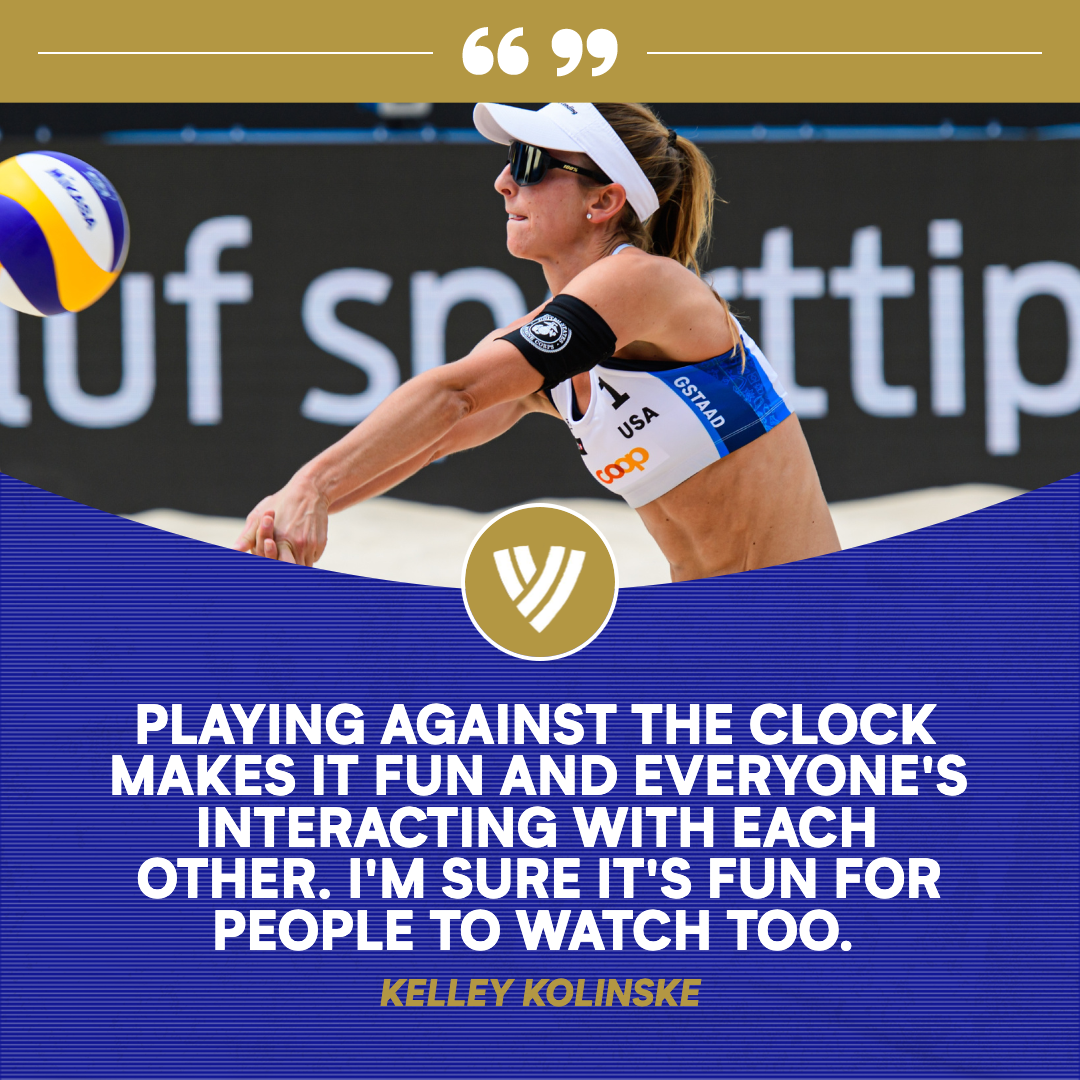 “It’s such a fun concept,” said Kolinske, who was able to marry American beach volleyball player Bill Kolinske, thus the change in name, prior to the Covid-19 shutdown in the United States. “This year’s a little different, but in 2018, after grinding in all these tournaments, FIVB, AVP, to have this type of tournament where it’s a different format and it’s so much fun, there’s different strategies to it that you have to figure out.”

The key strategy, whether anyone realized it coming into Waikiki or not, had already been perfected by Stockman and Kolinske: be in the best physical shape possible. Few, if any teams in the United States are as well-conditioned as Stockman and Kolinske. It showed in Hawai’i, when they strung together one of the longest offensive runs of the tournament en route to their win.

That conditioning comes thanks, in large part, to their trainer, Mykel Jenkins. Rest comes in short supply with Jenkins, who trains his athletes out of a sweltering garage in Southern California. Workouts come with a heavy emphasis on repetition, speed and, above all else, willpower to do one more rep – then one more…and another one for good measure.

Comes in handy for a tournament format in which there are just eight seconds between plays, and the longer you can stay on the offensive end of the court, on minimal rest, the better your chances are of winning.

“The most important thing is that my body is feeling good and ready,” Kolinske said. “I’m getting in the sand once or twice a week right now. I think we both have stayed in shape. When we were back out on the sand, it didn’t take us too long to get back into the swing of things. That was my mindset: just to be ready if something pops up, and to keep my body feeling ready.”

They’re both ready, in their own unique ways. Over the extended off-season, Stockman picked up mountain biking which, to her delight, is the one activity she’s found, aside from beach volleyball, that can prep her legs for the sand.

“I’ve never been able to find anything to keep my sand legs,” she said. “The only thing you can do is be in the sand, but I’ve found that mountain biking is very beneficial. Climbing on a mountain bike just burns your legs out. When I got back on sand, I found that I didn’t have the Jello legs or feel like Bambi. I felt pretty stable and ready to go.”

Like the rest of the top American teams, Stockman and Kolinske were able to compete in the brief but fantastic AVP Champions Cup throughout July and early August. Their finishes, by their standards, were good, not great: two fifths and a third.

“It was a little up and down for us,” Kolinske said. “We had moments when we were playing really well and moments we weren’t. I think we played better as the tournaments went on, and kind of figured things out both offensively and defensively. I felt good and ready going into the tournaments but I don’t think we performed at our best level. I think by the third tournament, that’s when we were playing our best volleyball.”

Which leaves one tournament left in the 2020 season, lest the AVP is able to pull off a second-half of the season. But with that being far from a guarantee, there was no doubt they’d be headed to Utrecht this September to get another shot to be Queens of the Court.

“It’s cool playing against a clock,” Kolinske said. “In this sport, you never play against the clock. So it’s so weird and different to have that. It makes it fun and everyone’s interacting with each other. I’m sure it’s fun for people to watch too because it’s pretty high-paced. Right when the ball’s down, the next team’s on. “We’ve had such a good experience playing in these tournaments so we’re both excited.”