COLORADO SPRINGS, Colo. (May 28, 2020) – Jenny Lang Ping, who coached the U.S. Olympic Women’s Team to silver at the 2008 Beijing Olympic Games, will be the subject of the International Olympic Committee’s Olympic Channel original documentary titled The Iron Hammer in reference to her nickname picked up as a young player.

The Iron Hammer will premiere on June 7 as an official selection of the “We Are One: A Global Film Festival”, which takes place on YouTube from May 29 to June 7. Organized by Tribeca enterprises, all funds raised by the festival benefits the COVID-19 solidarity relief fund for the World Health Organization (WHO). The film will launch to worldwide audiences on the IOC’s Olympic Channel global digital platform later this year.

The 99-minute documentary chronicles the legendary Lang Ping, who won gold as a player representing China at the 1984 Los Angeles Olympic Games. She became a national symbol to China’s rise in international sports. She later became a trailblazing coach for Team USA and China. Along with leading the Americans to Olympic silver on her native soil in China, Lang Ping successfully guided the Chinese to silver at 1996 Atlanta Games and gold at the 2016 Rio Games to become the only person to guide a team to Olympic gold as both a player and coach.

U.S. Women’s National Team Head Coach Karch Kiraly, who himself has won Olympic gold as a player and coached a team to Olympic bronze, said Lang Ping has created a lasting legacy withing the sport of volleyball that transcends both player and coach. 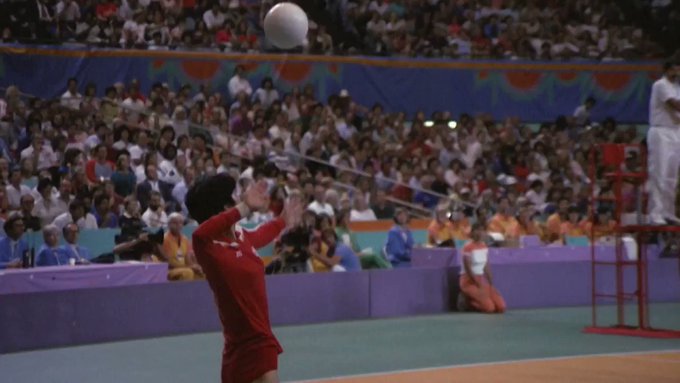 289 people are talking about this

Danielle Scott, who has won two Olympic Games silver medals among her five Olympic Games appearances, said her coach for the 2008 Olympic Games brought a unique skillset to Team USA as its head coach.

“Lang Ping’s biggest strength was her strategy in getting our team to be one in her system, her attention to details, and her consistent demeanor,” Scott said.

Scott and her 2008 Olympic Games teammates felt a surreal experience on their march to silver in Beijing by having Lang Ping guiding the Americans while drawing support from the Chinese fans. Throughout their time in Beijing, they saw Lang Ping with “legendary star status,” Scott said.

“Arriving at the airport with Jenny Lang Ping at the 2008 Games definitely gave me a sense of what we might expect during the Games,” Scott said. “The arena was packed and I believe that USA got a lot of support at the Beijing Olympics not only from those who love the game and obviously our friends and family but because of "The Iron Hammer’s" popularity, respect and love that the people of China have for her long after she represented her country as an athlete.”

Lang Ping first joined the Chinese National Team in 1978 at the age of 18. As a fearsome outside hitter resulting in her Iron Hammer nickname, she quickly became a mainstay and led the Chinese to gold in four consecutive international championships including the 1984 Olympics.

Lang Ping became an assistant coach at the University of New Mexico from 1987-89 and 1992-93, but she returned to her home country for her first stint leading the Chinese to silver at the 1996 Olympics in Atlanta. After coaching in the Italian Serie A1, Lang Ping accepted the role as head coach for the U.S. Women’s National Team in 2005. She moved back to China for her second stint as head coach of her national team, resulting in the historic 2016 Olympic gold medal.