The Road to Nationals

Our parents asked us if we wanted to go to a beach volleyball tournament to try something new.  We liked that idea and thought it would be fun & Fargo wasn’t too far away for us to travel for our first tournament.  We started practicing at our local park.  The sand wasn’t very nice but it worked.  We found that practicing in the sand is very tiring and it was really different from practicing on the court but it would also help us get in shape for season volleyball.  The first tournament was really fun.  We learned a lot of new rules and the beach volleyball atmosphere was very laid back which was nice.

At the Fargo tournament we earned a bid to Nationals in California and Bailey & I really wanted to go.  We asked our parents if they would consider going and they said they would if we fundraised the money.  We live in a small town of approximately 1000 people so we knew it wasn’t going to be easy be we were determined to go.  Our first fundraiser was to sell waters up and down the parade route on the Fourth of July celebration in our town.  We also made boxes with our pictures & story with little chocolates to put on counters at local businesses to sell.  The best fundraiser for us was selling bed sheets, the profits paid for over half of our trip expenses.  Lastly, we sent letters to local organizations looking for sponsorships.  The Moose Lodge & the Baudette Legion both made generous donations that put us at the amount we needed to go!  In just 3 weeks we each raised almost $1200 to fund this once in a lifetime opportunity.

The first day we were in California we went down to the beach to check out the tournament.  We couldn’t believe how soft the sand was and also how big the tournament was.  There was over 40 courts playing volleyball along with a ton of tents set up for all the support staff.  We got to watch the championship for the 16u tournament and it really cool to see their level of skill & the strategies they used.  Our first day of the tournament we were really nervous.  It took us a few plays to get in the groove but after a while we were having a great time.  It was really neat to meet girls from all over the country.  We played teams from Hawaii, Florida, California, Oregon & some from the Midwest as well.  It was an amazing experience that helped us grow as volleyball players and I can’t wait for the chance to try again next year. 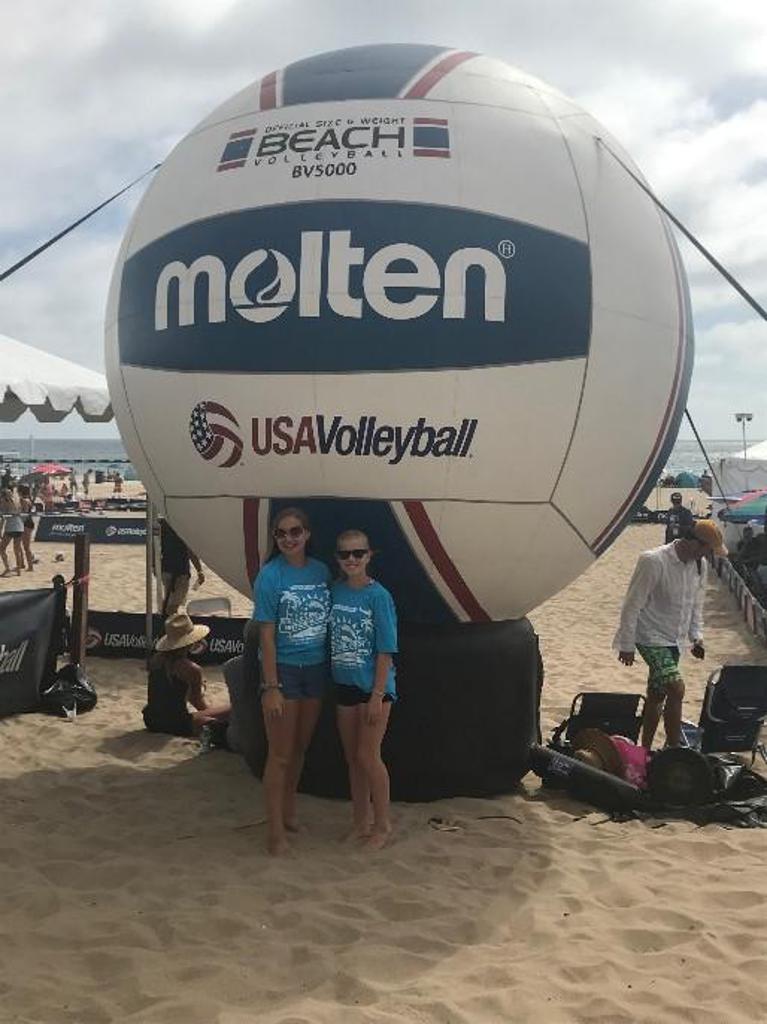 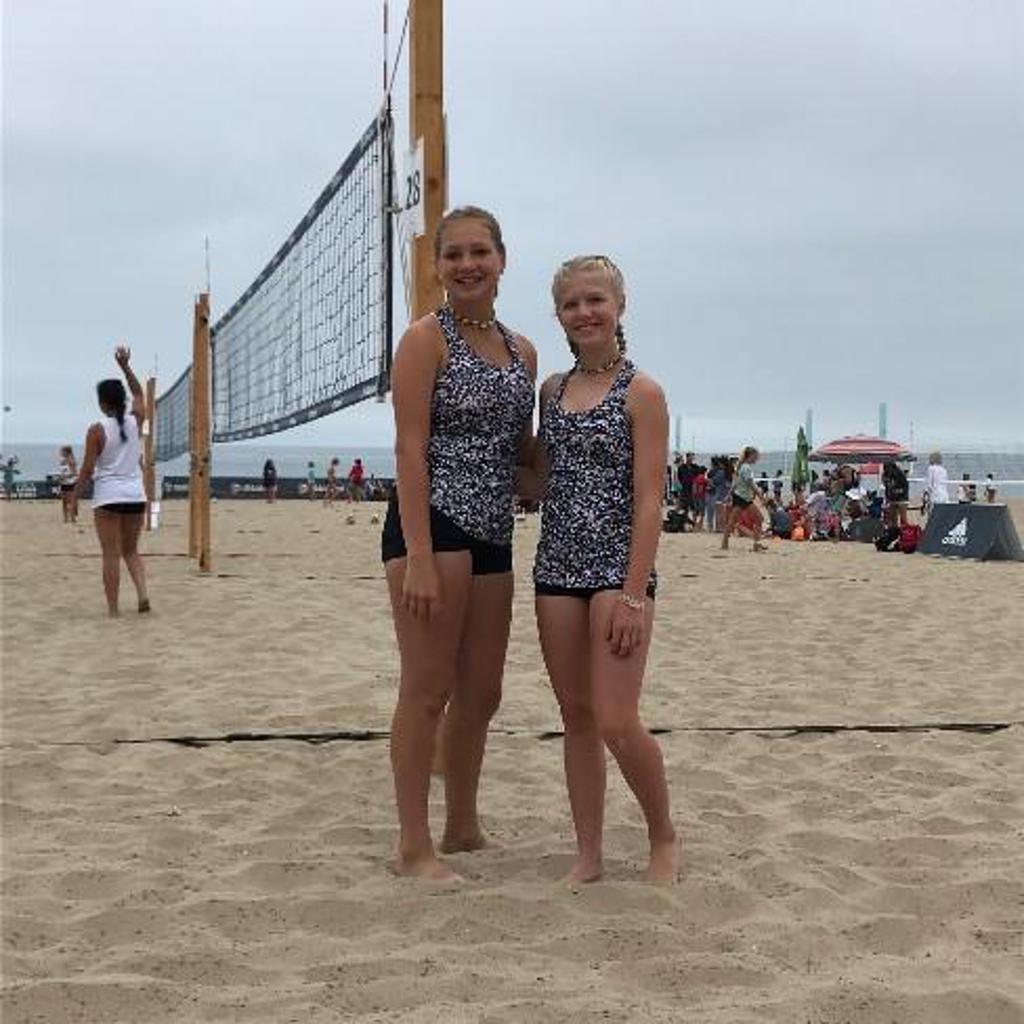 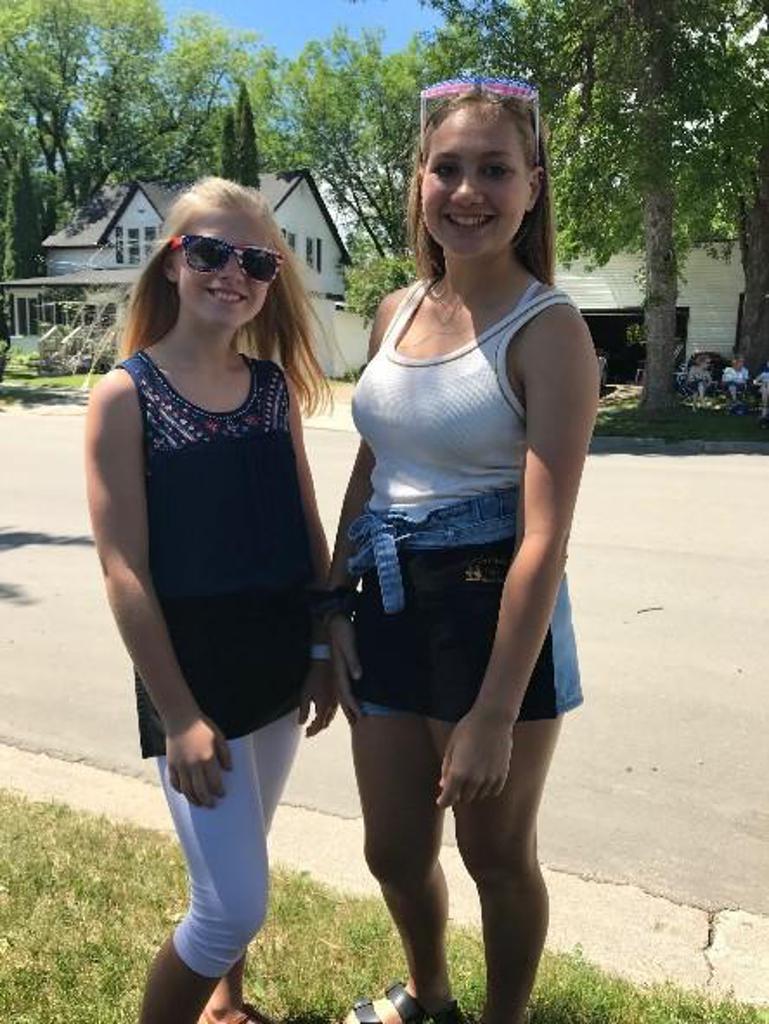